The Origins of the Civic Society

The Civic Society was formed in 1968 to fight the proposed plans to route the St Ives Bypass down Ramsey Road, across the Waits and Ingle Holt Island and then across the river to Hemingford Meadow. The siting of the St Ives bypass as it is today is as a result of our early campaigns. Since that time our interests have been many and varied. We continue to try and influence what happens in and around the town and work together with the Town Council and other organisations on matters of common interest.

And in the beginning....

Bit by bit, this ancient, unique and beautiful town of St Ives was losing its character. Nobody in particular seemed to blame, nobody seemed able to do anything about it; but there was growing dismay not only among those who had loved the town all their lives, but equally strong amongst those who have come recently to St. Ives, choosing to live here because the town with its neighbourhood has a charm and character they do not find anywhere else. All saw that if St. Ives neglected its heritage it would sink, slowly but surely, into something mediocre, featureless, third-rate, a depressing repetition of a hundred other depressing places.

A small number of people who lived in or near St. Ives met on 11th July 1968 in a private house and there discussed the problem. It was decided that a Civic Society was the way forward and to call a public meeting.

The Mayor of St Ives opened the meeting. Members of the steering committee hoped for an attendance of about 60, but they underestimated the amount of public interest: about 150 people crowded into the hall and over 100 of them agreed to join the new society, which thus got off to a flying start. Mr Michael Green then addressed the audience speaking about the historic beginnings, the fine bridge and waterfront and the many fine buildings. He ended by talking briefly of the proposed western relief road a matter that his audience thought vital and it was agreed to call a Society meeting as soon as possible.
On 19th September the "Hunts Post" greeted the initiative with one of its rare editorials.  From it we quote:

‘ for St. Ives means to make a proper study of what is best for the town in future. It is going about this business in a way at once intelligent, perceptive and commendable. It is going to form a Civic Society, whose terms of reference will embrace a broad study of the town, its people, its commerce, its buildings and its recreations. It proposes to hold meetings at which alternative courses of action can be studied and debated before decisions are taken; at these meetings there will be invited speakers, experts in their own fields, who will express either their own views or the views of the organisations they represent.

The Society wants its membership to embrace a complete cross-section of St.Ives life; in this way they reckon that ultimately they will be able to put their finger on what St Ives wants for St.Ives. And at some stage they may well make recommendations and suggestions to the statutory authorities. In this way St. Ives is hoping to avoid what has happened elsewhere - a development plan produced without public opportunity to study alternatives.’ 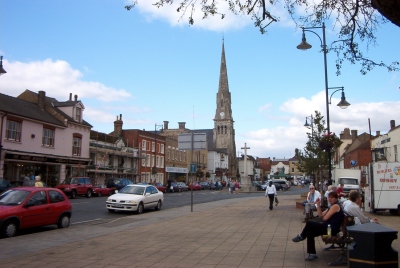