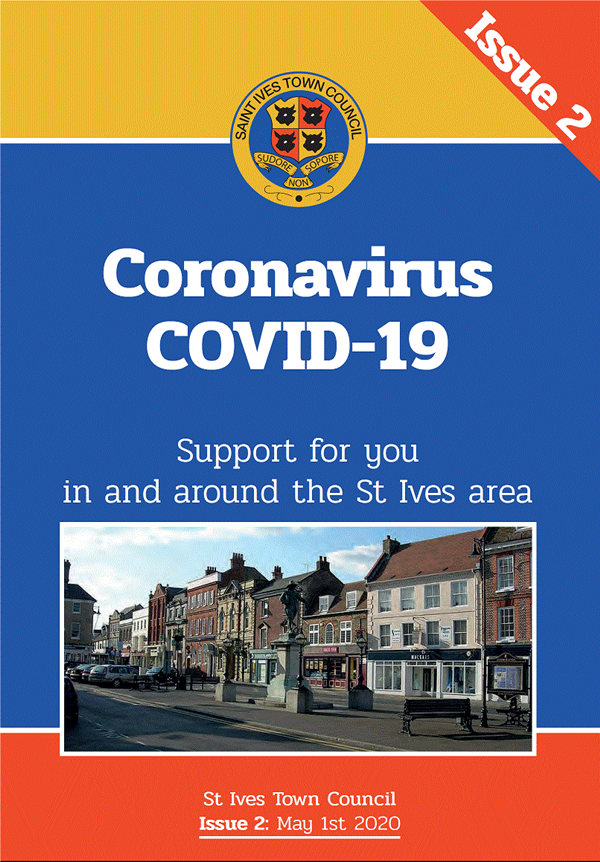 For many of us Lockdown has become the way of life. For some, life has now become difficult, others are facing different challenges. With this in mind the Town Council led Community Hub has produced a second edition of its booklet on Corona Virus.

You can read it, and download if you wish on the St Ives Town Council website, the first edition is also on the same page. Just click on this link to take you there:

As the town is developing its ‘Street Warden’ system we plan to deliver a copy to every house in the town. Many different organisations are involved, web chat meetings are held three times a week. Help is available, if you need help please ask via the phone number, lines are open seven days a week, 9am to 5pm

Meanwhile, some other matters: 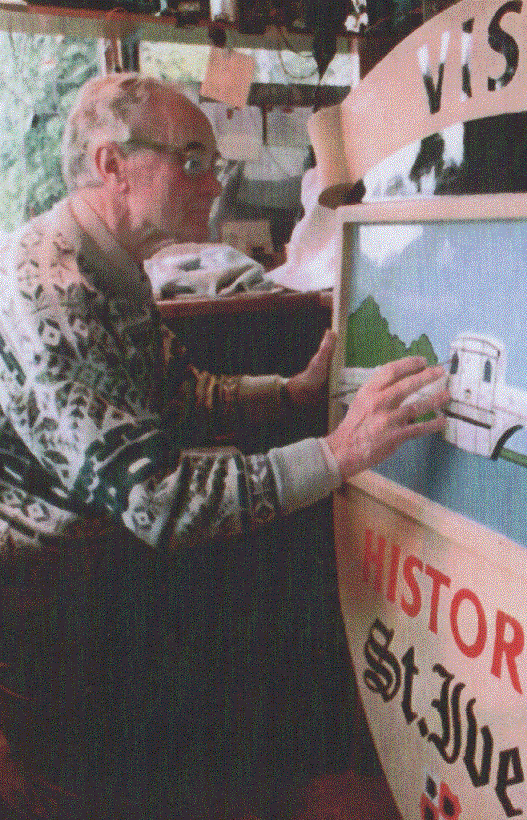 Firstly, I was very sorry to receive the news that our long time member Bob King died in early April. Bob and his wife Jean were members from the early days of the Society. He remained active in helping us until just a few months ago. He proof read the last two editions of the Annual Report and before that was a committee member and Chairman. His persistence led to the repair of the Priory Wall, a plaque now records the importance of the wall. Again his persistence resulted in the naming of the bypass as Harrison Way. This was in honour of Molly and her brother Bill Harrison who worked so long for the choice of route to the east of the town.  A fuller appreciation of Bob’s work for us will be included in the Annual Report.

A reminder that our May open meeting will not take place. Whilst face to face meetings have stopped your committee is now holding its regular Committee meetings via a Skype call. We are considering options for the future, including alternative ways of involving our members. Of course we cannot restart our open meetings until Government advice changes. It may be that we will have to make alternative arrangements for the Annual General Meeting in October. We will follow advice from the Charity Commission in making any alternative arrangements.

For many years St Ives Town Football Club have been making plans to leave their Westwood Road site, the site was to be redeveloped for housing. Planning Permission to develop housing on the Westwood Road site was obtained and the club hoped to move to a new site off Somersham Road. Now the club has changed its mind and decided to redevelop its facilities at Westwood Road, with an upgraded clubhouse and a 3G pitch. 3G is the latest type of synthetic turf.

The Westwood Road site had many problems for housing, including difficult access and drainage issues. Whilst the site was included for development in the Local Plan there was vociferous local objection. The Society had concerns as well but it is reported it was the lack of a suitable alternative site that resulted in the club’s decision to stay at Westwood Road.​ 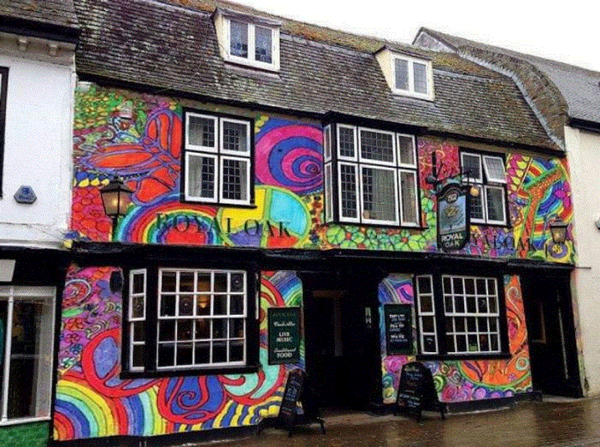 Finally, I saw a picture of Crown Street’s Royal Oak on line. It has been repainted in a psychedelic design. Or rather, it hasn’t, its a photoshopped image to raise awareness that the pub, as are many others as well, facing very real difficulties in the future whilst they remain closed. It just goes to show you cannot believe any photograph, well done its creator Antony Meehan​.

Looking forward to seeing you at one of our events over the coming year. 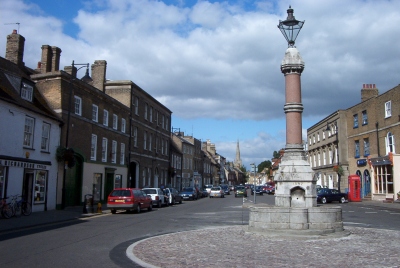