In a change to our meetings being on the third Friday of the month, our next meeting is on Friday 22nd April, when Ian Mason will talk about The Treasures of Ramsey Abbey. The venue is The Free Church in St Ives and the meeting is at 7.30pm.

Over a period of three summers a citizen’s archaeology team carried out excavations at Ramsey Abbey, a medieval Benedictine abbey. Finds from the site have been shown in exhibitions and now Ian Mason will tell us more about some of the treasures found at the Abbey.

Nobles Field is the meadow between the Thicket Path and the river, adjacent to Berman Park. The 4 acre field is looked after by Nobles Field Trust. Their secreatary Tim Thomas, has written that they are holding their AGM at 7.30pm on Tuesday 26th April at St Ives Rowing Club. The Rowing Club is in The Broadway at number 25A. The entrance is via the arch by the side of Broadway Cycles.

After the AGM they will have a video talk by Dr Jade Gunnell on Bats of the UK and Noble's Field. 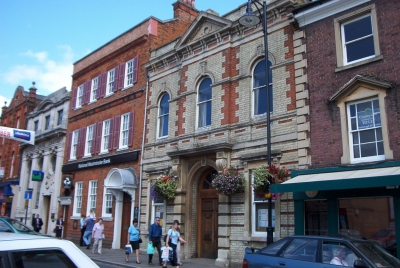